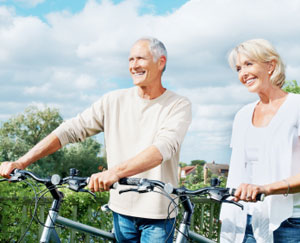 Once known only for its important role in bone health, vitamin D is now recognized for its ability to help protect against an array of chronic conditions. A seven-year study published in the Journal of Gerontology found that older women with the highest dietary vitamin D intake had a lower risk of developing Alzheimer’s disease than women with the lowest intake.

Watching for signs of dementia

The study took place in France and included 498 women over 75 years old who were already participating in a larger osteoporosis trial. Women were only included if they had no signs of dementia and had not been using vitamin D supplements in the previous 18 months. They answered diet and lifestyle questionnaires at the beginning of the study and underwent thinking (cognitive) tests at the beginning and end of the study.

More than 27% of the women developed dementia during the study, about half diagnosed with Alzheimer’s disease and the other half with other forms of dementia. As expected, women who were older and had more disability and poorer cognitive function at the beginning of the study were more likely to develop dementia.

Fish is the way to extra high D intake

The researchers offered some real-life ways for women to achieve the vitamin D intake seen to be beneficial in the study. “Women who did not develop dementia in our study consumed about 10 mcg [400 IU] per week of vitamin D more than those who developed Alzheimer’s disease. In a practical sense, this corresponds to approximately 115 grams (4 oz) of cooked salmon or cooked mackerel per week, or 170 grams (6 oz) of tuna canned in oil. Also, the highest quintile of vitamin D dietary intakes, which was associated with a lower risk of developing Alzheimer’s disease within 7 years, corresponds to the consumption of about 50 ml (10 teaspoons) of cod liver oil per week.” As the study took place in France, the amount of vitamin D regularly consumed by women in other areas might be higher or lower.

By regularly eating fish and taking fish oil, we can easily get an amount of vitamin D, and perhaps other nutrients like omega-3 polyunsaturated fatty acids, that might help protect against Alzheimer’s disease. Here are some other ways to increase your vitamin D intake:

Maureen Williams, ND, completed her doctorate in naturopathic medicine at Bastyr University in Seattle and has been in private practice since 1995. With an abiding commitment to access to care, she has worked in free clinics in the US and Canada, and in rural clinics in Guatemala and Honduras where she has studied traditional herbal medicine. She currently lives and practices in Victoria, BC, and lectures and writes extensively for both professional and community audiences on topics including family nutrition, menopause, anxiety and depression, heart disease, cancer, and easing stress. Dr. Williams is a regular contributor to TraceGains Newswire.