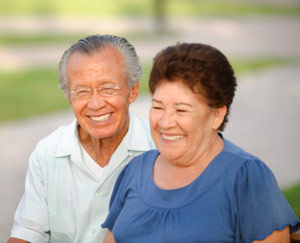 What you eat now might protect you from Alzheimer’s disease later in life, according to a study published in the American Journal of Clinical Nutrition.

Choline is an essential nutrient for human health. It serves as a building block for cell membranes and neurotransmitters, aids in cellular signaling and nerve transmission, plays a role in fat metabolism, supports fetal brain development, and may help prevent heart disease.

Alzheimer’s disease is characterized by a decline in memory and thinking processes referred to as executive function. Some of the changes associated with Alzheimer’s can be measured with brain imaging. People with Alzheimer’s typically have smaller brain volumes and more areas of “white matter hyperintensity” as seen on MRI.

Choline appears to protect the brain from some of the changes associated with aging by preserving brain neurons and nerve transmission, as well as by helping maintain brain volume. Together, these activities might help prevent cognitive decline and certain types of dementia, including Alzheimer’s disease.

Previous studies have suggested that choline may lessen cognitive impairment in people with mild-to-moderate Alzheimer’s disease. The new study was the first to investigate the relationship between dietary choline intake and brain structure and cognition in people without dementia.

A nutrient to remember

As part of the Framingham Offspring Cohort Study, 1,391 people (average age 61 years) answered questions about the amount and types of foods they had eaten over the past year. This information was gathered at two time points (about six years apart), so that comparisons could be made between distant past and more recent choline intake. The participants also underwent neuropsychological testing and MRI brain scans to measure memory, executive function (the ability to organize thoughts, prioritize tasks, and make decisions), brain volume, and amount of white matter hyperintensity.

Recent dietary choline intake was associated with improvements in verbal and visual memory, but not executive function. No associations were seen between distant past choline intake and any of the neuropsychological measurements.

Brain volume was not linked to choline intake at either time point. However, distant past choline intake was inversely associated with the amount of white matter hyperintensity, suggesting that higher choline intake in the past seemed to prevent these changes years later.

“These results support the hypothesis that dietary choline intake is neuroprotective over time and promotes improved cognitive function,” commented the researchers.

Although the body can synthesize a small amount of choline, deficiencies can occur if an adequate amount is not supplied by the diet. The richest dietary sources of choline are dairy products, eggs, liver, peanuts, soybeans, and whole grain bread. Since the production of choline in the body goes down as we get older, dietary sources may be even more important with advancing age.

Kimberly Beauchamp, ND, received her doctoral degree from Bastyr University, the nation’s premier academic institution for science-based natural medicine. She co-founded South County Naturopaths in Wakefield, RI, where she practiced whole family care with an emphasis on nutritional counseling, herbal medicine, detoxification, and food allergy identification and treatment. Her blog, Eat Happy, helps take the drama out of healthy eating with real food recipes and nutrition news that you can use. Dr. Beauchamp is a regular contributor to TraceGains Newswire.